Passing the Torch: How to fix the climate and everything else at the same time 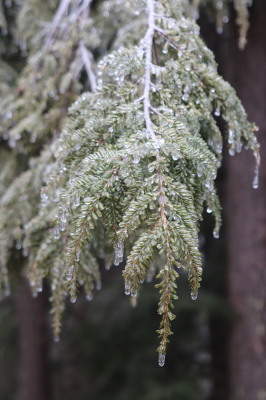 Dare I say it, but I don’t think we’d be where we are without Trump. Without him, the #MeToo movement wouldn’t have taken off. As a candidate, he boasted of abusing women. Without him, climate change wouldn’t have mainstream media coverage. He pulled us out of the Paris Climate Agreement. Two devastating climate reports would have had one day of headlines and been buried.

Face it, under a Democratic administration, we would have inched along cautiously—appeared to be all into it, Yay Paris!, but really just trying to get things passed through a Congress that has done zilch for the climate in the last 30 years.

Nothing significant would have changed. Sorry, Hillary, but it’s true.

For sure, Trump is a terrible, horrible, no good, very bad president. He represents at high volume everything we as Americans despise about politicians and rich white men. Even the MAGA hat crowd, if given anonymous details that describe someone like Trump, would probably admit they’d never go for it.

People are dying because of his administration. Dying. Think about that.

But whatever damage Trump does is limited to eight years. Except for his judicial appointments. We—rather our children, nieces, nephews, and grandchildren—will have to live with them for generations. Though Chief Justice Roberts is showing signs he won’t let his Court be hijacked.

But we also have an opportunity. This may be cultural appropriation at this point, and I don’t know if it’s true, but I knew someone who often said, the Chinese character for crisis is danger plus opportunity.

Now we have more women in Congress than ever. Now we have the outlines of a Green New Deal that, like it or not, at least throws a glove down and says here’s where we need to be to have a sustainable economy, government, and climate. No specifics. Get to these goals whatever way works for you. But let’s do it.

Because we can fix the climate. We can meet these crazy, ambitious goals in 10 years. Hell, we went from crashing rockets to putting a man on the moon in less than that. With slide rules! Given the motivation, we can do anything.

The Green New Deal isn’t going to destroy the economy. We know this because during all the negotiations for all the failed climate legislation over the past 30 years, companies were champing at the bit waiting for government to tell them they must do something, and they were ready to race like bats out of hell to not only do it, but do it cheaper, faster, and—yay!—with more profit.

Fossil fuel as a viable energy source has been dying for decades. Those industries knew that. Any one of them, 30, 20, 50 years ago, could have said, you know, there’s only so much oil and coal and it’s destroying the environment, so let’s diversify our portfolio into renewable energy so that when the time comes to make the transition, we’ll be ready. But without a government gun to their head, it made no sense. Despite what your financial advisor might say, stockholders aren’t in this for the long haul. CEOs aren’t in this for the long haul. It makes no sense on a quarterly balance sheet.

Some say government has no business telling business how to run their business. But they don’t run those businesses in a vacuum. They rely on all sorts of government help—from the roads and rails their trucks and trains travel on to subsidies that boost their bottom line and take the risk out of innovation.

For sure, Trump is a crook and a puppet of Russia and too stupid to know that. All he cares about is himself. He and all his swamp creature cronies should be drained out of Washington as fast as possible. Because now we’ve seen the price of freedom. We’ve seen what happens when you pretend life is fair when it is not. When, as Elizabeth Warren reminds us ad nauseam, the system is rigged. In writing science fiction, you work under the premise that every magical power or super technology has a dark side, a cost that the hero has to weigh before wielding.

We’ve seen what unfettered corporate and anonymous campaign donations can do. We’ve seen what happens when those who have a vested interest in deciding who gets to vote have the power to make those decisions. We’ve seen how lowering taxes on the rich does not in fact trickle down or lift all boats. The rich get richer. The poor get poorer. And the only way to sustain that system is to turn us against each other. Because if we’re busy fighting our neighbor, we aren’t paying attention to the men behind the curtain.

Alexandria Ocasio-Cortez may be a beneficiary of the #MeToo movement. But I don’t see her being a one-off, a fluke of the moment. She represents not only a growing demographic of the electorate, but also the next generation. She’ll be around long after I and the rest of the Baby Boomers are gone. We were once that young, crazy, and idealistic. We didn’t trust anyone over 30 (turns out with good reason) and we were going to change the world.

Oh, we changed it all right.

To AOC and my nieces and nephews, I’m sorry we’re leaving such a mess for you to clean up. But you’ve got this.

We did leave you some great music.

P.S. I haven’t been posting regularly because I’ve been writing, working on my next novel. So this space may remain dead with only periodic posts when something, like the above, really gnaws at my brain.

Exploring the World of Fiction

all of the romance, none of the bullshit

where sapphic and queer, women loving women stories are reviewed