A Writer, an Editor, and a Reader Walked into a Bar 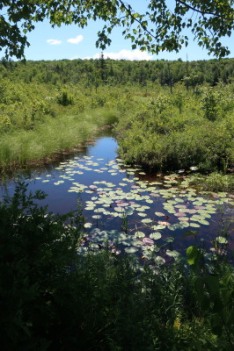 This is the kind of watering hole where I belong.

I started the following essay when I heard about the call to fill the wonderful anthology, Our Happy Hours, edited by S. Renée Bess and Lee Lynch (aka “Story Collectors”). Then I heard Cindy Rizzo was going to write about Boston in the 1970s and knew she’d do a much better job than I could (and she did). So what follows is something akin to a “deleted scene.”

I missed out on Stonewall. I came out in the middle years—after Stonewall, but before all the good stuff started happening, like gay marriage and the end of Don’t Ask/Don’t Tell. I don’t think I heard the word lesbian until 1976. Still, I was out of college before I began the long, arduous process of coming out to myself. It took a long time. The problem with being a shy introvert is that any kind of social interaction is exhausting and painful. Couple that with coming to terms with being a lesbian, and my closet door was positively swollen shut, complete with rusty hinges.

Looking back at the journals I wrote at the time, I know intellectually that they were in fact written by me, but rereading them, reliving that horrible time, sends a mix of emotions—I’m so happy where I ended up, but shit, that was a bad trip at the time. But there were some good times.

By 1984, this shy introvert made her first foray into lesbian social life by joining the Daughters of Bilitis, or DOB, which ran “raps” in Cambridge, Mass. At a “Babyboomers” rap one week in October, only four of us showed up—it was a Wednesday night—so we went to a local gay bar, Marquee.

I wrote in my journal afterward: “we piled into [M]’s car. The cover was $2.00, leaving me with exactly $1.00. Not exactly pleasant. Luckily it was two for one night. [K] was broke as well, so we combined our resources and had a couple of beers apiece….The bar really wasn’t so bad, but I think it will be awhile before I can go to one alone. We danced a bit, but mostly talked. I really had quite a nice time.”

That doesn’t begin to illuminate what finding other lesbians did for me, going to that bar and seeing others like me, though not really like me, but enough like me to make me feel…sane. The turmoil of my personal life—working with a bunch of straight women I kept falling in love with and keeping that closet door firmly shut—consumed me.

The next month, November, I decided to go to Somewhere Else, a Boston lesbian bar. This is the bar I remade as Ezri in my novel, Wishbone. At least what I remembered of it. And my protagonist’s tale of how she walked around the block twice before venturing inside the first time was my story.

I went early on a Sunday evening, so the bar wasn’t crowded. As I wrote in my journal: “I was able to perch myself on a stool at the bar and observe. The singer was on break, so I chugged my first beer and really began to relax by about half-way through the second.”

A woman came in who reminded me of the actress Sandy Dennis. “She looked around a lot but never really right at me.” The dance floor and pool tables were on the second floor—in my novel, I put the pool tables on the first floor. I went upstairs and watched the dancing. The woman went upstairs as well, and I thought, if this hadn’t been my first time, I probably would have spoken to her. I didn’t need to, though, because she spoke to me! We chatted a bit. She was in town on business. (At the time, I didn’t know this word should have air quotes.) We danced—her suggestion—and then went back downstairs for a drink. I wrote, “For the first time in my life, I went to a bar by myself, and someone actually spoke to me!”

Over the course of the next few months I ventured back, sometimes with women from DOB, sometimes alone. Perhaps not surprisingly, I ran into women I knew who I thought were straight. I wouldn’t go into a restaurant by myself yet I walked into the most frightening place on earth—a bar full of people like me. I came to the conclusion, “whenever I go to Somewhere, something extraordinary happens.”

Still, I felt terror. No, that’s not right. Terror is something that is outside of you making you fearful. This was me scaring myself.

The Boston lesbian bar scene was minuscule in the 1980s. The famous Saints bar had closed—read Cindy’s essay for a more about that. Run by a group of lesbians, The Saints Collective (everything was a collective back then), they regrouped in the mid-’80s to open a bar in Jamaica Plain, a Boston neighborhood that, pre-gentrification, was a haven for lesbians, myself included. I volunteered to help get the space ready, a former German beer hall, and even wrote a letter of support to the Boston Licensing Board, but the Collective’s quest for a liquor license was shot down by the neighbors and their city councilor.

Most of the bars were gay but would give women a night, usually midweek when other business was down. To say there was nothing remarkable about these bars would be accurate, except that, filled with lesbians, they became a place of magic where I could find others who were like me and I didn’t have to hide.

I even took my newfound bar courage on the road to Syracuse, New York, and during a visit with family, snuck away—probably said I was going to the mall—and let myself be me at the Laurel Tree. Later in the ’80s, when I was in Madrid for a week on my own, not speaking the language, I managed to find a women’s bar I’d found in some directory like the Pink Pages (no Google back then), though I did not find the courage to go inside. But just knowing it was there, made me feel better.

The problem with being a shy introvert is that it’s almost impossible to make friends, let alone find lovers, when you can only get to a rap or a bar once a week or less. The bars in the 1980s signaled to me, however, that here there be lesbians, like me but also not like me.

Being homosexual was, and still is, not enough to connect. As I moved to the city and met other urban dykes, my suburban upbringing became a detriment. I wasn’t working-class enough. So even surrounded by lesbians, I felt alone. Someone once explained there’s a difference between fitting in and belonging. I fit in. I was a lesbian among lesbians. But I did not belong. (Topic for another day.)

Walking into a woman’s bar, however, whether Somewhere Else or Laurel Tree, I found I could relax and…breathe. Cliché, I know, but that best describes it. You are stiff with stress every day in the straight world. Sure, you can relax at home, but there’s no one else there. Where among other people can you be yourself? Back then, it was in a bar. Maybe still for some women.

I don’t even know if Boston still has women’s bars. I think so. Esme has a big party during Pride. Went in there once after the Pride parade. By then I was older and it was full of young things.

Provincetown has some. Not sure any are just women. The Pied Piper (later just the Pied) used to be—though Lea Delaria bought it and is going to open a jazz club! Vixen before it gentrified into Sage is where I set my short story, “The Game.”

Like I said, I’m in between generations. Before Stonewall, a bar by the way, bars were the only game in town for gays and lesbians. Now, way after Stonewall, I don’t know where young lesbians, young queer women, go to relax and meet others like them.

Being able to be out and proud, something I hope they don’t take for granted because a lot of women gave their lives so they could, might mean a bar dedicated to an LGBTQI crowd isn’t needed. But then there was Pulse, the Orlando nightclub. A reminder that we are not nearly as safe as we thought we were, nor as far removed from Stonewall. More so given the current occupants of the White House.

My journals revealed delights I’d forgotten. Going to see Teresa Trull and Barbara Higbie at Arlington’s Town Hall. Kate Clinton in Boston—she made me realize coming out didn’t mean I had to lose my sense of humor. And Tracy Chapman made her solo debut at a church in Cambridge. I was there.  I didn’t note who the singer was that first night at Somewhere Else, but it might have been Patty Larkin.

Oh, and that writer, editor, and reader who entered a bar? They were all me, by the way. Sorry, no joke follows.

Do you have a bar story?

Our Happy Hours: LGBT Voices from the Gay Bars—All proceeds go to youth LGBTQI charities (Cindy’s piece is, “The Saints: Wasn’t That a Time?”)

Shameless plug for my novel, Wishbone

And “The Game” is in my collection, A Perfect Life and Other Stories

Love is the universal story. Women loving women are the heroes of our own lives. Author Karin Kallmaker's site and shop.